As professional coaches for 27 years, we continue to be amazed at the number of shooters who think that they can do what the great shots can do if they only knew the secret the great shots know.  We refer to this as the Home Depot system of deck building — if you have a picture of the deck and can afford the tools then you should be able to build the deck as well as any other person out there because you have the picture.  It doesn’t take a lot of imagination to visualize what that deck will end up looking like if it is even finished!

It is common for anyone to think that if they were to go play golf, tennis, sporting clays, ski or any other athletic attempt with a professional at the top of the game, that they could learn to do what the professional athlete is doing once the secret is shared. Knowing the secret, they would be able to do the activity as well as the pro, or at least better than they had been doing it before. While there might be a small amount of improvement in the beginning (it will be short lived) our experience and the science of skill building tells us that it just cannot happen that way.  In wing shooting or clay shooting, you often hear the pros say to learn to really look at the target!  Thinking that you can see what the pro shooter sees is a big mistake because the science tells us that at the top levels of athletics, it is not what the athletes sees as much as it is what the brain has learned to ignore that enables the athlete to perform at higher levels with less visual information! That’s right. We said LESS VISUAL INFORMATION!

We recently gleaned and shared information in our August 2017 Coaching Hour podcast from the book Assessment in Applied Sport Psychology by Jim Taylor. According to Taylor, “The ability to perceive and understand the environment improves as athletes know what is visually important and what to ignore.”  Similarly, our challenge with beginner shooters is helping them deal with too much information.

Looking at improving focus as the brain learns what to ignore explains why you can’t see what the professional sees because it is not about what you see as much as it is how you have practiced seeing.   When we are shooting well and really hooked up with a target and going the same speed as the target, there's no background, there is no clutter and the target is bigger than life and moving in slow motion.  It is not that we can see the target better because our eyes are getting older and don’t function as well as they did 35 years ago! We see the target as well as we can see it, but our brains over the years as shooters and then as professional coaches have learned what is not necessary or confusing and have eliminated those things from our awareness giving us the ability to see things in a different way.   That is why you can’t learn to see what a champion shooter sees. Their visual perception has evolved through their experience as a shooter and as a tournament competitor.

It takes training, hard work and time to create the situational awareness of recognizing the shots as patterns you have seen before. You need a mental library of sight pictures and target inventory to correctly and confidently visualize the shot coming together successfully before closing the gun and calling pull!  You don’t get that ability to see through the clutter from someone else, you alone must build it through repetition and hard work.  It is not transferable even among top professional athletes, and is why it takes time for the athlete to build the skill circuits in their brains that allow for higher and higher performances while seeing less and less visual information…… you can’t cram for this exam!

Taylor also writes, “Motor efficiency: The result of effective perception and cognition in sport is often motor efficiency.”  Effortless movements are based on less but more precise input to the brain. Through your learned ability, you know what's important and what needs to be ignored.  The expert athlete relies on “fewer visual cues.” The less experienced athlete has “many more visual cues.” The more experienced athlete has a “high consistency in visual search” going through his brain. The less experienced athlete has a “high variability in visual search.” The expert athlete “views cues in the same order.”  He's seen the presentation before, he knows in what order he needs to pick things up and he always uses them in that order.

Athletes who are at the top of their field cannot use those skill circuits in another athletic arena; it will just not work, because the brain does not work that way.  Take for example Michael Jordan. When you study his history and talk to his coaches, a common thread emerges that begins to substantiate our research and the conclusions we and many other researchers have come to.  Jordan was cut from his high school basketball team the first time he tried out, but he applied himself and succeeded in making the team and the rest they say is history. The common thread in all the goals he achieved was that every coach he had along his journey said that without exception, he worked harder and longer than any other player in their cumulative histories.

Jordan’s greatness is unequaled still today, so why did he quit playing basketball?  Enter “Mr. Myelin,” the living protein that insulates the skill circuits in the brain and is built by firing the circuit over and over. As we age, we must fire the circuit more and more to maintain its critical insulating capability. Younger athletes get better quickly not because they are young or have young eyes, but because of their ability to build myelin more rapidly with fewer repetitions than older athletes.

As Jordan aged, he had to fire the circuit so many more times just to maintain enough insulation to maintain the abilities he is known for that eventually there were not enough hours in the day for him to train enough to keep his form and get eight hours of sleep.

What did Jordan do when he retired?  He decided to play baseball in the outfield with great expectation of becoming a cross-over athlete, but there just weren’t enough hours in the day for him to myelinate his baseball circuits to give him the skill needed to play professional baseball.  Then he decided to become a basketball coach with much the same outcome and that proved the theory that just because you can run, jump, dribble, dunk, shoot three-pointers and play basketball doesn’t mean you can coach it.

There are instances where the game’s greatest athletes have gone on to play assistant coach roles or have been brought back into the locker room to lead or help motivate a team on many different levels, but few if any head coach positions.  Those who were great players and went on to become great coaches did have one thing in common, with one exception they all became head coaches 10 years or more after retiring as professional athletes.–Gil and Vicki Ash Both Eyes Open When Shotgunning! 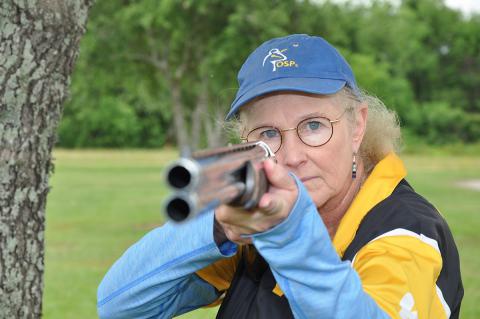